A Board of Directors with proven leadership
at the highest levels. Kenny Cushing is our Chief Executive Officer and Vice-Chairman of the Board of Directors.  Kenny has over 27 years of diverse business leadership, management consulting, and military experience across the private sector, Department of Defense, Intelligence Community, and Federal Civilian Agencies.

Prior to joining NetCentrics, Kenny served as the Senior Vice President of Defense at Avantus Federal, leading their largest division. He has held multiple senior executive roles to include Chief Marketing Officer and Head of New Cyber Products for General Dynamics Mission Systems; led two start-ups at The Odin Group and Pivvit; served as the CTO of the Mission Operations Directorate at the National Reconnaissance Office; and, as a management consultant and Engagement Manager at McKinsey & Company.

Kenny is a Colonel in the U.S. Air Force (Reserves) and in this role he is the senior DoD official at the Cybersecurity and Infrastructure Security Agency (CISA) at the Department of Homeland Security.

Kenny is an elected member of the Board of Directors of the National Defense Industrial Association (NDIA), and is a member of Business Executives for National Security (BENS). He is married to his best friend, Chelsea, and has three sons, Logan, Adrien, and Dorian.

Connect with Kenny on LinkedIn. Mr. Krivo is a Managing Director for Cerberus Operations, the Firm’s industry-leading operating platform. In his role, he serves as a Senior Operating Executive for Defense and Aerospace investment opportunities and operations.

From 2016 to 2021, Mr. Krivo served in numerous senior roles, including as Chief Executive Officer, Chief Operating Officer, and a member of the Board of Directors at DynCorp International, a multibillion-dollar aerospace and defense services company. During his tenure as Chief Executive Officer, Mr. Krivo spearheaded operational and strategic growth initiatives to strengthen the business, which culminated in DynCorp’s sale to a strategic buyer.

Mr. Krivo retired from active duty in the United States Army after more than two decades of service in a variety of command and staff positions. They included policy advisor to the Chairman, Joint Chiefs of Staffs (China/Taiwan); strategy advisor to the Chief of Staff of the Army; senior military spokesperson for all Coalition Military Forces in Iraq; Joint Operations Officer for a Task Force responsible for the Air & Missile Defense of the State of Israel; and Mechanized Task Force Commander in Tuzla, Bosnia.

Mr. Krivo is the Chairman of the Board at Tier One Group, and serves on the Boards of Source Code, NetCentrics, and Red River. Mr. Krivo also serves on the Board of Directors for the Tragedy Assistance Program for Survivors (TAPS), the leading national organization providing compassionate care for the families of America’s fallen military heroes. Mr. Berger is a Senior Vice President on Cerberus’ Supply Chain and Strategic Opportunities team, which invests in businesses driving next-generation technologies and capabilities that advance supply chain integrity. In his role he is responsible for sourcing, structuring, and monitoring of portfolio investments. Since joining Cerberus in 2013, he has served on company boards across industries and lifecycles. Mr. Berger holds a Bachelor of Arts in Economics from the University of Michigan. Mr. Naccarato provides operational oversight for Cerberus Business Finance, which includes approximately 70 professionals across three offices in the United States. Additionally, in his role, Mr. Naccarato is responsible for overseeing the business’ credit function and is active in the turnaround positions for the portfolio. Cerberus Business Finance has become a recognized leader and innovator in the leveraged financed industry, with one of the largest origination platforms in the United States.

Prior to joining Cerberus, Mr. Naccarato was Head of Credit at Bank of America Commercial Funding, where he was responsible for managing all aspects of credit relating to a loan portfolio consisting of middle market asset-backed credit facilities. At Bank of America, he was instrumental in establishing the small ticket asset-based lending division. He began his career at The CIT Group in 1993 and in 1996, transitioned to LS&CO, a mid-size regional accounting firm later acquired by Weiser LLP.

Mr. Naccarato graduated from SUNY Oneonta and holds a CPA. Mr. Naccarato is a member of the Cerberus Capital Management Credit/Lending Committee. 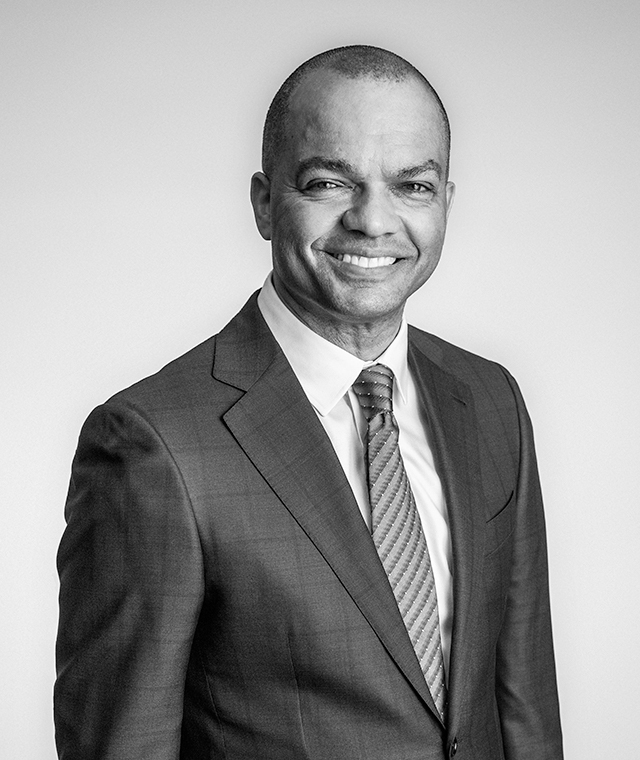 Mr. Nixon is Head of Strategic Investments for Cerberus. In his role, he focuses on investment opportunities with the potential to drive technological, security, and defense advancements across sectors and geographies.

For over a decade, Mr. Nixon has partnered with Cerberus and its affiliates across a diverse array of projects and investments. He has been a Managing Director with Cerberus’ industry-leading operations team, Cerberus Operations and Advisory Company, and has served on the Board of Directors for several Cerberus portfolio companies, including most recently Navistar Defense, where he is Chairman, and Sparton Corporation.

Prior to his career in the private sector, Mr. Nixon served in senior positions in the U.S. Department of Defense and the U.S. Government Accountability Office. His technology experience includes being a licensed patent attorney, serving as Special Intellectual Property counsel for the Defense Department, and being a commercial litigator at the international law firm of Howrey and Simon.

He is a recent adjunct professor of law at Howard University Law School and formerly served on the Board of Directors of the Thurgood Marshall Scholarship Fund as well as the National Inventors Hall of Fame. He is also a member of the Economic Club of Washington and the Executive Leadership Council. Holly Aglio is a veteran Govcon CFO, providing financial and strategic leadership for both private and Private Equity (PE)-backed organizations in the technology services and products space.  She has demonstrated success growing, restructuring, and heading financial operations in dynamic economies and merger and acquisition (M&A) environments. Proficient in managing business, financial, legal, and lending relationships, she enables executive management teams to achieve company goals and maximize corporate value.  Holly holds a Bachelor of Science in Commerce from the University of Virginia.

Connect with Holly Agilo on LinkedIn. Mr. Howard joined Cerberus in 2022 and is a Vice President for Cerberus Business Finance, Cerberus’ middle-market direct lending platform. Mr. Howard is responsible for various aspects of the lending platform and is active in the monitoring of investments including select turnaround positions. Prior to joining Cerberus, Mr. Howard was a Vice President at Imperial Capital, LLC in its Investment Banking Group, primarily focusing on middle-market M&A and special situation financing transactions in the technology and business services sectors. Mr. Howard holds a Bachelor of Arts in Economics from Bucknell University. John Felker is President of Morse Alpha Associates, Inc., a cyber leadership consultancy, serves as a member of the Parsons Corporation Senior Advisory Board, Executive Director for Cyber Security at Seebald Group International and is a Senior Advisor to the Chertoff Group, the Maritime Transportation System ISAC, SRM, an international cyber intelligence, response, and resilience company.

Felker is the former Assistant Director for Integrated Operations, Cybersecurity and Infrastructure Security Agency (CISA) and previously served as the Director of the National Cybersecurity and Communications Integration Center from 2015 to 2019. Prior to joining CISA, Felker worked as Director of Cyber and Intelligence Strategy for HP Enterprise Services and in a 30-year career, served as Deputy Commander, Coast Guard Cyber Command; Commander, Coast Guard Cryptologic Group, as Executive Assistant to the Director of Coast Guard Intelligence and commanded the cutters CAPE UPRIGHT and RED CEDAR. 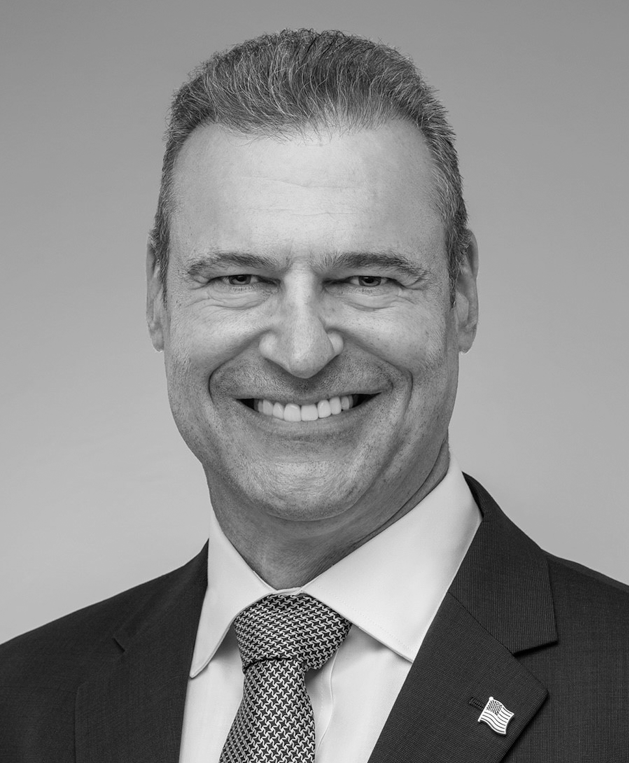 Lt. Gen. Guastella (Ret.) is a graduate of the Air Command and Staff College, National War College and the Senior Executive Fellows program.